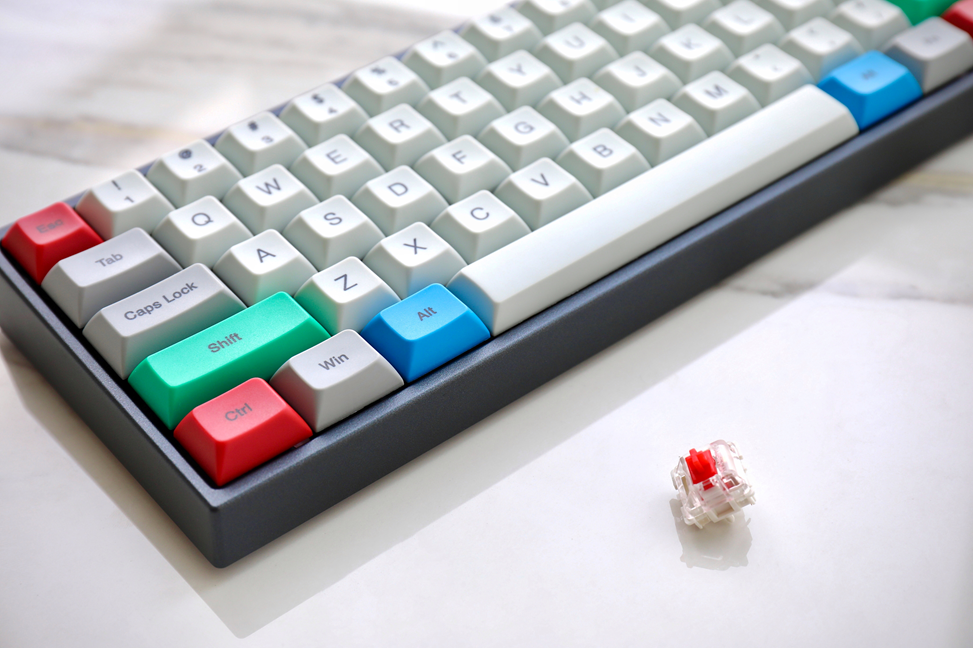 If you’re new to the PC gaming community, you’ve probably felt a little overwhelmed when trying to decide the best gear to purchase, and heard that 60% mechanical keyboards offer several advantages. But what are the best 60 percent keyboards, and what makes them so popular? What are the advantages of these smaller keyboards, and are there any drawbacks?

What are 60 Percent Keyboards?

60 percent keyboards are smaller than standard keyboards and were made popular by Twitch streamers and gaming tournament players. Their name comes from the fact that they are roughly 60% of the size of standard keyboards. This size is achieved by removing entire sections of the standard keyboard, namely the Function, Numpad, arrow, and navigation keys.

One of the primary benefits of a 60 percent gaming keyboard is that they are more ergonomic, and help prevent fatigue, which can occur during and after long gaming sessions. Gamer fatigue, in particular, is typically caused by muscle aches in the shoulder and wrists, but using one of the best 60 percent keyboards can help because it keeps your arms closer to your body. This may not seem significant, but it is quite important for preventing fatigue. When your arms are closer together they are nearer to their resting state. If your arms are more spread apart, as they would be using a standard size keyboard, then you would experience more fatigue during a gaming session.

They also save space by leaving more room on the desk for your mouse and other peripherals, which can be a huge advantage in FPS games like CS: GO, which require huge sweeping mouse movements. Because of their small size, they are also more portable. If you’re constantly on the go, then portability may be a big thing for you.

If you have gotten used to standard keyboards, you may experience a bit of a learning curve when switching over to the 60 percent version. In the words of Master Yoda: “You must unlearn what you have learned.”

This learning curve comes from the fact that a decent chunk of the functionality inherent in normal keyboards is hidden behind a second layer in the best 60 percent keyboards. For instance, the number row will act as numbers when pressed by themselves, but when pressed with a Fn key, the number keys act as function keys. In short, you’ll have to get used to holding the Fn key often, and if you like using the Numpad, you might have a bit of a time adjusting.

Despite their popularity, 60 percent keyboards are still something of an acquired taste and are not for everyone. Do your research, though, and find out if a 60 percent keyboard would be right for you. If you experience discomfort, have limited desk space, or need portability, then a 60 percent keyboard may be what you need. Once you find the right keyboard, you can start looking into other products that could give you a leg up in the competitive gaming sphere.

Our Selection of the Best 60 Percent Keyboards

The following is our recommended selection of the best 60 percent keyboards. Our goal is to help slim down the options to the best and few choices to select from among the large quantity of options that exist.